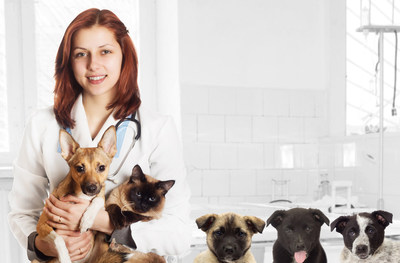 VetResQ is being showcased at the American College of Veterinary Emergency and Critical Care (ACVECC) Post-Graduate Review Course on January 20-21, 2017 in Honolulu, Hawaii, where CytoSorbents is one of the main sponsors and will have a prominent booth position to talk to interested parties. The ACVECC conference is held in conjunction with the 46th Society of Critical Care Medicine Congress (January 21-25, 2017), where CytoSorbents is also an exhibitor (Booth #606).

Mr. Vincent Capponi, Chief Operating Officer of CytoSorbents stated, “The VetResQ adsorber provides a new and unique treatment for severe inflammation, toxin-mediated disease, and drug intoxication not previously available in the animal health market. VetResQ leverages a similar underlying blood purification technology in our commercialized CytoSorb® device that is approved in the European Union and has been used in more than 20,000 human treatments safely. Whether it is the sick thoroughbred racehorse or foal suffering from sepsis or toxic shock syndrome, a dog with acute pancreatitis in terrible pain, a cat after being struck by a car, or a dog poisoned from accidentally eating his owner’s pill bottles, the pathophysiology is remarkably similar to what is seen in humans, with a similar lack of available effective therapies. Our target customers are the large academic veterinary hospitals and veterinary practices where services like dialysis are administered.  Although this is a specialized niche market, we are providing this product at the request of many animal care providers and pet owners, with the goal of improving clinical outcomes for our most trusted and loved animal companions.”

VetResQ is capable of reducing a broad range of excessive inflammatory mediators and toxins that could otherwise cause direct tissue injury or serious systemic inflammation that can rapidly lead to instability, organ failure, and death. Some of the relevant substances VetResQ has been shown to remove include:

VetResQ is manufactured in the United States by CytoSorbents Corporation in three different sized cartridges (30mL, 100mL, and 300mL) for the treatment of cats, dogs, horses and animals of comparable size. VetResQ is compatible with standard hemodialysis, continuous renal replacement therapy (CRRT), and hemoperfusion blood pumps.  VetResQ is available only for veterinary animal usage and is not for human use.

CytoSorbents Corporation is a leader in critical care immunotherapy, specializing in blood purification. Its flagship product, CytoSorb® is approved in the European Union with distribution in 42 countries around the world, as a safe and effective extracorporeal cytokine adsorber, designed to reduce the “cytokine storm” or “cytokine release syndrome” that could otherwise cause massive inflammation, organ failure and death in common critical illnesses such as sepsis, burn injury, trauma, lung injury and pancreatitis, as well as in cancer immunotherapy. These are conditions where the risk of death is extremely high, yet no effective treatments exist. CytoSorb® is also being used during and after cardiac surgery to remove inflammatory mediators, such as cytokines and free hemoglobin, which can lead to post-operative complications, including multiple organ failure. CytoSorbents has completed its REFRESH (REduction in FREe Hemoglobin) 1 trial – a multi-center, randomized controlled study that has demonstrated the safety of intra-operative CytoSorb® use in a heart-lung machine during complex cardiac surgery.  In 2017, the company plans to initiate a pivotal REFRESH 2 trial intended to support U.S. FDA approval.  CytoSorb® has been used safely in more than 20,000 human treatments to date.

CytoSorbents’ purification technologies are based on biocompatible, highly porous polymer beads that can actively remove toxic substances from blood and other bodily fluids by pore capture and surface adsorption. Its technologies have received non-dilutive grant, contract, and other funding in excess of $18 million from DARPA, the U.S. Army, the U.S. Department of Health and Human Services, the National Institutes of Health (NIH), National Heart, Lung, and Blood Institute (NHLBI), U.S. Special Operations Command (SOCOM) and others. The Company has numerous products under development based upon this unique blood purification technology, protected by 31 issued U.S. patents and multiple applications pending, including CytoSorb-XL, HemoDefend™, VetResQ™, ContrastSorb, DrugSorb, and others.  For more information, please visit the Company’s websites at www.cytosorbents.com and www.cytosorb.com or follow us on Facebook and Twitter.